You Make the Call.We'll Do the Rest. Contact Us Now For a Free Consultation
Home
Attorney Profiles
William C. Enright Jr. 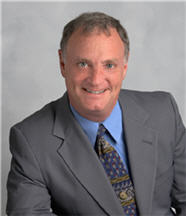 Attorney Enright was admitted to Massachusetts Bar in 1982 and is also admitted to the United State Court of Military Appeals and the Federal District Court for the District of Massachusetts. His areas of concentration are criminal and civil litigation, inclusive of personal injury law. Attorney Enright has represented dozens of clients in major felony cases and over 500 clients charged with DUI. He has represented injured persons in hundreds of cases, including cases involving wrongful death. Attorney Enright also has significant experience with a variety of other civil matters and military courts-martial.

Attorney Enright is also a member of the Massachusetts Air National Guard and is federally recognized in the rank of Colonel. He served on active duty in the United States Air Force from 1983-1987 and was recalled to active duty for thirteen months following 9/11. In total, Attorney Enright has 24 years service to his country. He is the senior-ranking judge advocate in the Massachusetts National Guard and is currently assigned as the Staff Judge Advocate to the Commander, Massachusetts Air National Guard. He has received numerous awards and decorations, including the Air Force Meritorious Service Medal with 1 Oak Leaf Cluster.

Litigation Percentage
Contact Us
Practice Areas
Client Reviews
★★★★★
"The best attorney by far. Doesn't keep you waiting, very understanding, and very approachable. The staff always greets you with a warm smile. John C. Manoog never left me out of the loop, he kept me informed at all times, and got me every dollar I deserved. I'm very pleased with the services of The Law Offices Of John C. Manoog. Happy Thanksgiving guys, and thank you for everything." Joseph A.
★★★★★
"I just have to thank the lawyer Jhon Manoog and his team for their competence and professionalism. My case was solved successfully and quickly, I recommend the Law Offices of John Manoog to everyone who needs an efficient lawyer." Fernando C.
★★★★★
"John Manoog and his associates are knowledgeable, fair and caring. You can be sure they will fight for you and get you what you deserve. I would highly recommend them as counsel. Their combined experience is unmatched on Cape Cod." Jessica C.
★★★★★
"I have a long-standing working relationship with John Manoog and his firm and they are without a doubt incredibly professional. Their attorneys and staff keep to an exceptionally high standard which is why they consistently achieve amazing results for their clients. I would recommend them to any prospective client without hesitation." Charles D.
★★★★★
"I have used John Manoog and his firm several times with my company. Having used several other Law firms prior to Law offices of John Manoog I can say definitively that they are the best we have have had experience with. The level of professionalism, follow up, and skill levels are unmatched. And we have been particularly impressed with the outcomes." Brian M.
View More
Submit a Law Firm Client Review